I can't believe we are facing the end of September. I have to provide updates on products I ended up having to purchase, that I never thought I would have to purchase in a million years. I haven't gotten my Fitbit yet but the Myo ball...oh yes a wonderful thing. Ok, so let me get into the actual reason for this blog.

I have been having quite a time finding a suitable running app. Let's roll through my adventures in running apps, shall we??

Nike Plus Running App and I have this serious love/hate relationship. It seems as though there are times that  it works great but then there are times it is not tracking as it should track. How do I know? I run to the same mixtape every run and I use the songs in the mixtape to track my progress. So for me to be 11 minutes into the track when I hit my one mile mark, yet the voice over clocks me at 14:50 min/mi, made me give Nike the side eye. Oh and I paid $2.99 for the Nike App right before they made it available for free, so yes I have high expectations of it. I fully expect for it to work properly all the time at the very least. *wishing they would sync my data right*

Here is where the hopping begins. I downloaded the Runtastic free app and for a while I thought I had a new boo with Runtastic, until the app started pausing in the middle of my run requiring for me to resume the work out so I wouldn't miss a step being counted. Then I found it quite funny how my estimated calorie burn was considerably higher than any app I had used before (at least 300-400 calories higher). Considering I paid, yes PAID, You ready??$5.99 for the freakin Runtatic Pro I figured that I would go over to the tech support community and ask how can "we" fix this. Turns out the high estimated calorie burn has been an issue for years that they have promised to fix but have yet to fix it. I was instructed to redownload the app. So after a redownload and an app update the Craptastic still pauses in the middle of my run. Yeah! $5.99. Craptastic get into it. <~~~ sarcasm.

I downloaded the free version of Runkeeper. Once again the app paused my run consistently through out the run and since the app did not seem to allow to resume the app with one touch of a button, it required for me to actually stop and resume the work out tracking. Yeah, sucks I know.

So then I hopped to Endomondo....I just did not like it at all. To many ads on the free version, not very user friendly for me and like I said I'm not upgrading nothing unless it is going to work properly 85% of the time. 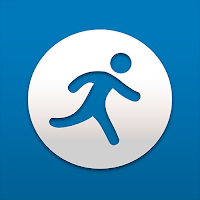 I'm going to try MapMyRun. I already use the mapping features on the website to map out different routes prior to going out and running them, so I wondered how bad can the app be? I downloaded the free version, at this point I can't see myself dishing out money for another app. I just can't do it. I spend the money and some where along the line it goes from sugar to poop. MapMyRun does what a lot of companies offering free apps do they make it so you can't listen to your music through the app unless you pay for the upgraded app. Not I said the cat. I found away around that and I'm going to go with it.

What I truly need is proper tracking of my speed, pace and estimated calorie burn. That's all I'm asking for. Is that too much to ask for these companies to provide quality Apps?? I really think they should start offering free trials of these app, at least for a week so people can try them out prior to making a purchase. There is nothing like spending money on a crap app and can't get your money back, yet you can't use the app to it's fullest. I feel bamboozled while the app sellers are laughing their behinds off all the way to the bank. Oh and yes I read the ratings and comments and I think some of those people that give high ratings are lying about the capabilities of some of these apps.

I am going to explore a possible trail today we will see how MapMyRun Stand up to all the rest. If MapMyRun fails then I'm going to throw up my hand and create my own damn app.

What app are you using? What other alternative to phone apps have you found to track your run stats (ie; gps watches, sensors)?